With the help of Blanchard Systems and DALIM SOFTWARE technology, the American Association for the Advancement of Science shifts from an analog to a digital workflow

In 2001, when the American Association for the Advancement of Science (AAAS) hired David Tompkins to establish a prepress department to produce its weekly journal, Science, the sea of change was already afoot in magazine production.

At AAAS, however, the shift from an analog to digital workflow was moving slowly. To produce Science, a 100-plus-page publication with an estimated 1 million readers worldwide, digital files were output to film and manually stripped together for signatures.

Within a year of Tompkins’ hire and with the help of the preflight staff, art and production management and staff, prepress production moved to an all-digital PDF workflow based on DALIM TWIST.  “When I started, we were PDF-based, but only 50% of content was produced digitally—and some sections were still being imposed by hand-drawn mockups,” says Tompkins, Preflight Operations Director and a part of the AAAS Core Team.

“We were still using a lot of film,” adds Tompkins. “Production had created their ‘PDF Robot’ application, based on Adobe® Distiller®. That was the department’s first step into digitizing. Layout was done in Quark Xpress; production created the files and dropped them into PDF Robot to create the PDF file. The digital files were then output to film to prepare the flats.

The decision to move to a DALIM SOFTWARE based system was based on several factors, including the fact that Brown Printing, the organization’s printer, was also using the technology. Blanchard Systems, the systems integration partner, was instrumental in offering recommendations and setting up the workflow, ensuring the quality of files coming from AAAS.

“Once we moved to DALIM TWIST, we synched the systems between Brown Printing and AAAS,” says Tompkins. “It was a phenomenal transition— file accuracy skyrocketed, from 70% to nearly 100%. We weren’t getting files rejected from the printer anymore; problems like sending out low-res images or RGB files were eliminated.”

Following the move to a DALIM TWIST workflow, “we saved over $300,000 /year in RIPping and preparation charges from the printer,” says Tompkins. “Now we send PDF X1-a files to the printer, and everything is perfect. And, we get a reduced per page discount for uploading trouble-free files.“

DALIM TWIST, says Tompkins, is a workhorse. “Once you set it up, it keeps on working,” he asserts. “Whether an issue is 75 or 175 pages, it does whatever we need.”

When Tompkins first came on board, Science was AAAS’ only publication. The organization has since launched two additional journals, as well as online vehicles.

“When I started, and it was just Science magazine, I knew we were purchasing more capability than what we needed,” says Tompkins. “I had to consider our growth potential. When the AAAS did an analysis of the art, prepress, production, and editorial departments to determine the financial impact to launch a new magazine, the impact from our department was minimal. All we had to do was to set up a new DALIM TWIST workflow to receive different files from different sources with a different file naming convention. DALIM TWIST’s expansion capabilities are great.” 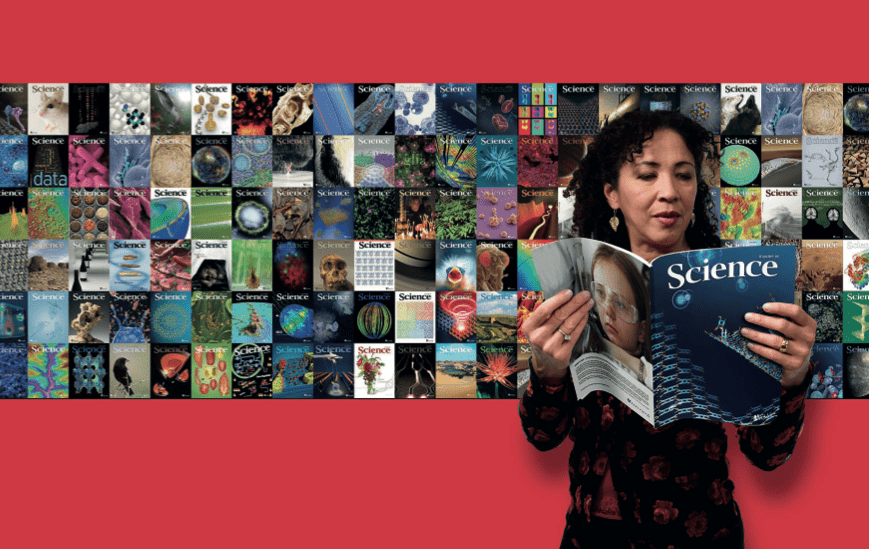 To track files, the staff uses DALIM WEBLINK, an intuitive browser based interface for DALIM TWIST which shows a spreadsheet like view of the file processing and validation phase of production. It can highlight preflighting issues during file processing, show what stage any file is within the workflow, along with subsequent completion and delivery.

“We built it so the departments can be linked, with logins for different roles giving different access, and the ability to launch other processes,” says Tompkins. “The PPD option in DALIM TWIST uses the browser interface to tell DALIM TWIST what to do with the files. You can see and change the PPD settings when uploading a file to a workflow.”

Printouts are made for editorial and production people to proof for content. Once proofs are confirmed, whoever validates on DALIM WEBLINK sends the files to Brown Printing. “Just the validation step — being able to see the files processed, and then click validate and send those files to Brown Printing is tremendous,” says Tompkins.  “You have to have that step. An MIS system will not do that.”

Throughout the process, notes Tompkins, there are a host of things going on in the background. DALIM TWIST is repurposing and reformatting files for different versions for online and digital products. Print PDF files are page based. Online files (for Zinio, iPad, and iPhone Apps) are both article and multiple-page based. “We set up a process to concatenate files together to put online,” says Tompkins. “A custom-configured display on DALIM WEBLINK, and DALIM TWIST will concatenate and put them together.

DALIM TWIST is only one part of the DALIM SOFTWARE suite of production solutions; Brown Printing’s online view of pagination using DALIM MISTRAL is used by editorial and advertising production, and DALIM DIALOGUE was added five years ago, for soft proofing. AAAS is in the process of implementing DALIM ES, which will replace DALIM WEBLINK and top off its transition to an all-digital workflow.

Tompkins is looking to DALIM ES for help with job tracking and management capabilities. “Right now, most of our staff is self-accountable, solely responsible for assuring that content is  prepared on time,” explains Tompkins. “There is no oversight of what is going on as a whole. We want to create more overall accountability in the production of our products. ”

The plan is to eliminate all CMYK image files, and to migrate to a closed-loop color-managed RGB workflow and eliminate all hardcopy proofs. files will be stored in RGB from acceptance of image to just before transmission and proofed as CMYK by way of SWOP color profiles. Since scientific work is always done in RGB, this is a critical step forward for AAAS.

“Scientific images offer so much out of gamut color compared to CMYK that you lose a lot of detail converting to CMYK,” notes Tompkins. “Everything internal will be RGB, except if we are going to print.”

The move to DALIM ES is underway. We hope to report AAAS’ updated workflow soon.