We are proud to pay tribute to Charles Blanchard, DALIM SOFTWARE’s distributor for nearly 20 years, as an honoree

The Franklin Luminaire Awards and its predecessor Power of Communications, for more than 50 years, have honored those who represent the fervor of commitment and inspiration in media production, presented by IDEAlliance and PIAlliance through its charitable arm, the Digital Enterprise Education & Research (DEER) Foundation and PIA Graphic Communications Foundation. In recognition of their positive influence, creative excellence, and personal dedication within graphic communications, the Luminaire Awards recognize outstanding achievements by media production leaders.

Charles Blanchard, President and CEO of Blanchard Systems, Inc., stands at the forefront of leading technology and application solutions within the media and publishing industries. For almost two decades in his role as CEO of New Orleans-based 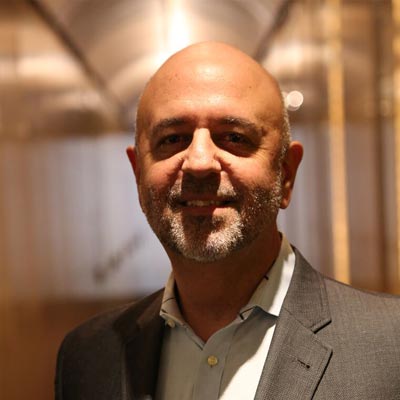 Blanchard Systems, he has built a reputation for designing, leading, and championing the adoption of best-in-class productivity, collaboration and management processes. As part-owner and Board Member of DALIM SOFTWARE GmbH, Charles helps shape strategic and tactical developments affecting the creation, production and publishing of content in print, digital and mobile. Blanchard Systems is also DALIM SOFTWARE’s longstanding distribution partner in North America.

For close to a decade, DALIM SOFTWARE, as a member of both IDEAlliance and PIA, has been proud to be one of the sponsors of the Franklin Luminaire Awards,” comments Carol Werlé, CEO, DALIM SOFTWARE GmbH. “Of course, this year we are thrilled to participate in the event, again, and also to honor someone who has been tied so closely to our company for two decades. Charles has certainly played an important role at DALIM SOFTWARE and, most important, a significant part of our customers’ successes.

This year’s Franklin Luminaire Awards ceremony, honoring the Best in Communications, will be held October 1, 2015 at the Lighthouse at Chelsea Piers, New York, NY. The event will attract 400+ media executives and professionals spanning the advertising, print, and publishing industries. To register for the 2015 Franklin Luminaire Awards event, or visit the website: http://www.pialliance.org/franklin-luminaire-event.html.